It takes a lot of individuals working together to create the music that plays on the radio every day. A record producer—such as a Motown record producer—is an integral member of the production team.

The producer is responsible for coordinating with all of the artists and musicians that will be on a given track. Producers are there to help ensure that an album has a cohesive sound.

Producers don't necessarily have to come from a musical background. Even a record producer who has never played an instrument can find success by learning a few things about music theory.

Key changes have the potential to add depth and interest to any song. A good producer will have a basic understanding of how key changes work so that they can be added to a song during recording.

A basic key change that will inevitably produce a pleasing sound is moving from the original key to one of that key's closely related keys. For example, lyrics can move from C Major to A Minor, F Minor, or G Major.

A key change that moves from tonic to supertonic requires an artist to sing their lyrics along a scale to the next key in succession.

Successful record producers know how to use key changes to create a dramatic statement within a song.

Inversions are valuable tools for any record producer to master.

An inversion is what happens when the order of the notes in a basic chord is altered. The use of inversions is a great way to create space when producing a song that has multiple instruments or artists performing in unison.

If too many voices or instruments are hitting the same exact note, the sound can become muddy. An inversion allows you to maintain the overall harmony of the song while creating a unique pitch and frequency for each artist or musician.

Harmony is a term that is often heard within the music industry. At its core, harmony is the result of two or more notes being heard simultaneously. This typically occurs because two or more artists are singing different notes at the same time.

Harmony is an important element for producers to understand because the addition of harmony to a song has the potential to transform it.

Harmony can place emphasis on certain parts of a song, create texture and interest, or thicken the texture of the sound to create a more memorable listening experience. 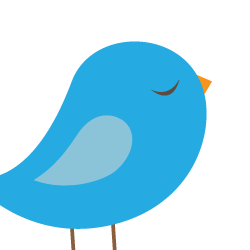